Raised in a conservative, nomadic military family headed by an authoritarian father with a strong sense of duty, Gretchen Ki Steidle spent her early years in a constant state of upheaval.  With the nature of a seeker, and the resiliency of a military daughter, she forged a path of exploration and adventure, her awakening as a world citizen dawning at age ten in a Philippines fishing village among the rural poor. 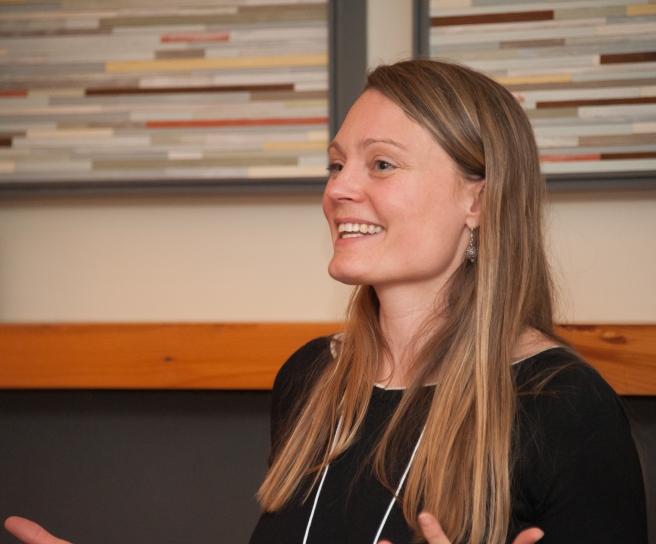 With her Filipino exchange family she watched in awe the sense of community and unbounded freedom that had been missing in her own life.  Her Western standard of privilege and righteousness withered in the face of the beauty and grace of the impoverished villagers living fully expressed lives.  Through years of intellectual and spiritual unfolding, she developed a “Theory of Change” that honored the responsibility of being born into western privilege, while recognizing the inherent wisdom communities possess in creating and pursuing their own definition of prosperity.

1994.  While the world slept, the Hutu extremists began killing their political opponents, the Tutsi, in Rwanda.  Gretchen Ki Steidle was a student at the University of Virginia studying Foreign Affairs, a young scholar with a strong sense of service and commitment to achievement.  Naïve to the opportunities in the global humanitarian realm, she elected a career in international investment banking as an attempt to reestablish a sense of connection to the developing world.

Yet her yearning to benefit a greater good was a constant companion.  Her social justice calling at last brought her to India, where she led an independent group of MBA students to work with an eco-social entrepreneur in the Western Ghats rainforest.

As her humanitarian journey continued to unfold, she crossed the deserts of Eastern Chad to learn from survivors fleeing the genocide in Darfur, to Thailand where she studied under a female Buddhist monk fighting a pandemic of domestic violence, to the townships South Africa where she learned at the knees of women living with HIV/AIDS.  She was inspired again and again by grassroots visionaries working with minimal resources to advance social justice; the insights and empathy took root, compelling her to serve in one of the most traumatized countries on earth.

A warrior with a towering intellect, a passionate heart of service, and deep sense of the power of community, Gretchen founded Global Grassroots in 2004 to help rebuild humanity and the fabric of society in Rwanda, communities that were shattered by the atrocity of genocide and systematic rape of an estimated 500,000 women as a tool of war.

While a great deal of misguided international development aid was pouring in, Gretchen knew that unless grassroots women had the opportunity to heal while also implementing their own solutions, the country could not be rebuilt in a way that history would not repeat itself.  With trauma and fear comes the threat of instability and oppression, and the need for compassionate leadership and restored communities was urgent.

The solution:  Restore the dignity of the women and build the next generation of girls as leaders through deep foundational shifts that heal horrific trauma while inviting their highest, whole selves to become the spiritual leaders and community change agents for a new Rwanda.

What sets Global Grassroots apart from women’s leadership and empowerment programs in other developing countries is the deep knowing that we cannot change others until we change ourselves.  We cannot lead while we are bleeding and broken.  We cannot have a voice infused with power without trusting our own inner wisdom.  That while we can accept today’s reality, we can also hold a vision for what can be, and work relentlessly toward the dawn when we own the power to say “not on our watch.”

As a result of Gretchen’s passionate commitment to awakening and potential, her own and those of vulnerable and marginalized women, Global Grassroots is at the forefront of a new era of awakened leadership. Today, Global Grassroots change agents have established over 80 community organizations, and serve tens of thousands of other women and girls.

The power of the Global Grassroots approach in one of the most brutalized and horrifically shattered places on earth was profound, the success of which pointed the way for other communities to learn, heal, and begin to transform.  Communities who seek the renewal, the resilience and the innovation that unfolds from the ashes of war into the rebirth of community, individual healing and new possibility for a better society.

It is a sought after model, having been requested by women’s groups in over 45 countries. In addition to offering its curriculum via a global, open-source elearning platform, Global Grassroots has expanded its own programs to neighboring Uganda, where the Lord’s Resistance Army terrorized communities in the North for over two decades as they established the world’s largest child army from abducted children. The replication of this work has been possible with a growing community of donors and local partners who recognize that the arc of a country from aid recipient to stable global citizen is precarious, and the stakes are staggeringly high.

Visionary and Thought Leader Gretchen Ki Steidle remains in the trenches on a concurrent journey with her Rwandan and global Sisters:  To Awaken, To Heal, To Lead, and To Transform.  Global Grassroots embodies the idea that transformation from “within ourselves and within our borders” will light the way for a new peace, and a new world.